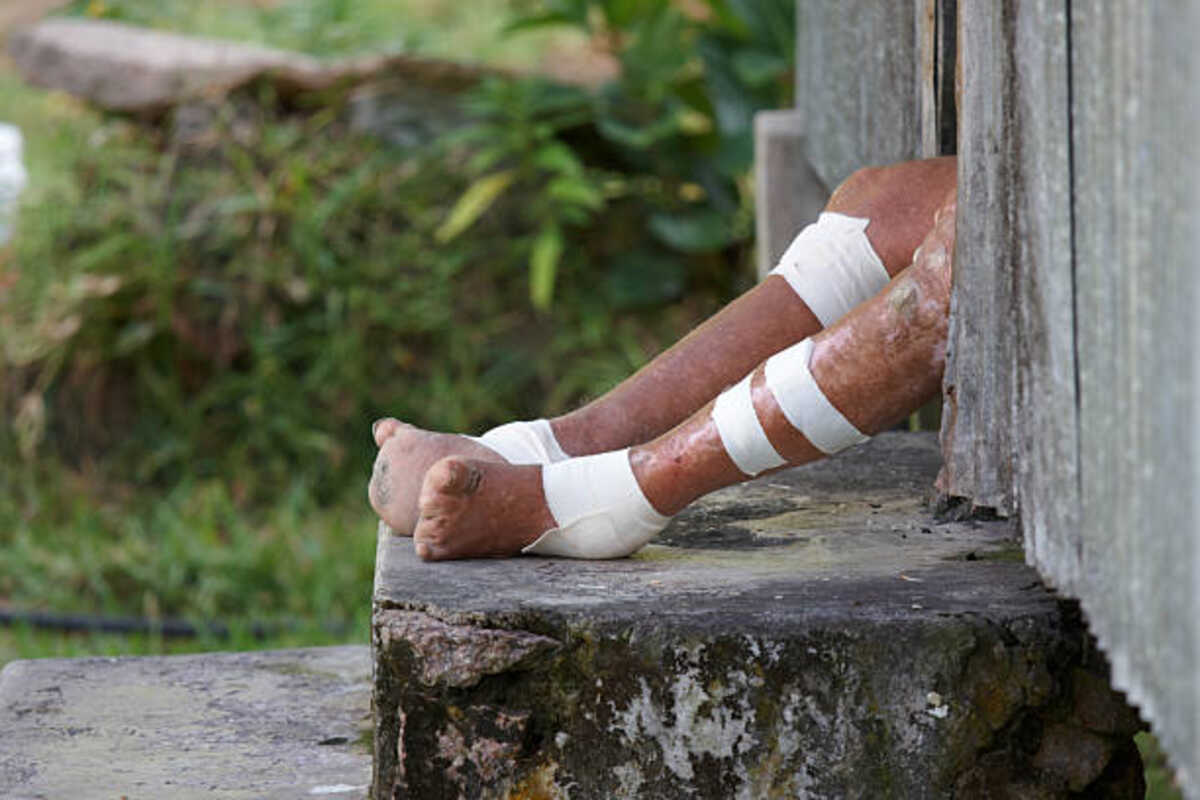 Most people are immune to leprosy. However, approximately five percent of the world’s population is still susceptible. And more than half of new cases occur in individuals who have never had contact with a leprosy patient. That’s why early diagnosis and treatment are essential. Here is an overview of the disease and its symptoms.

In the United States, leprosy is not as common as in some developing countries, but there are still people who may be at risk. According to the Centers for Disease Control and Prevention (CDC), there are between 150 and 250 cases of leprosy each year. While the disease may be easily visible in other countries, it can often go undetected in the U.S. If you suspect someone has leprosy, you should insist that they see a health care worker get a proper diagnosis.

The first symptoms of leprosy include skin lesions, which can be red and flat. These lesions can also be painful and can cause hair loss. Over time, the lesions may raise and form nodules. Patients may also develop reduced sensation and pain in their hands and feet. Nerves may also become paralyzed, resulting in weakness or paralysis.

Leprosy is an infectious disease caused by a bacterium called Mycobacterium leprae. It attacks the nerves in the skin and the upper respiratory tract. It often begins in childhood and progresses to adulthood. In severe cases, the disease can lead to blindness.

Leprosy treatment regimens are still debated. The WHO initially recommended a multidrug regimen consisting of dapsone, rifampin, and clofazimine for up to 24 months, particularly in treating multibacillary leprosy. However, in 1998, WHO recommended shorter therapy durations of six to twelve months for economic reasons. Today, several national Hansen’s Disease Programs recommend longer therapy durations. Other drugs that may be used include ofloxacin and minocycline.

In ancient times, leprosy was a disease with a terrible social stigma. It was so debilitating that victims were often ostracised by their families, communities, and health care workers. The disease was considered a punishment from God and was feared by many. In the disease’s early days, people infected with it were incarcerated and isolated.

Untreated leprosy may cause permanent nerve damage. This damage can impair a person’s ability to feel pain, temperature, and injury. Those affected by the disease may also develop skin lesions, such as bumps or lumps. Some people may even lose their toes or fingers.

Leprosy is a skin disease with a wide range of symptoms. The diagnosis of leprosy relies on epidemiological and clinical factors and the demonstration of acid-fast bacilli in the skin or other tissue samples. The disease is estimated to affect 12 million people worldwide. Diagnosis of leprosy can be complicated, but early detection and treatment can lead to successful outcomes.

Diagnosis of leprosy is essential to prevent the disease from spreading. People with an unusual rash or numbness, family members with a history of leprosy, and those living in a leprosy-endemic country should consult a health care provider.

Diagnosis of leprosy is based on clinical examination and may require laboratory tests. Histopathology of skin and nerves is particularly valuable for diagnosis. The disease affects peripheral nerves and the skin and can cause disabling deformities. Therefore, the diagnosis must be made promptly because delayed treatment can lead to collateral tissue damage and organ complications.

The etiology of leprosy is not fully understood, but there is one common factor in all leprous neoplasms: the bacillus. Other etiological factors include heredity, diet, and contagion. Genetics is crucial, and studies have shown that specific genes increase risk.

The disease causes the peripheral nervous system to malfunction, resulting in a lack of sensation in the affected areas. This weakened sensory function can cause patients to injure themselves unintentionally. Repeated damage can lead to loss of digits and muscle weakness. In addition, inflammatory reactions occur during leprosy and can occur in the skin and other body parts.

The bacterium that causes leprosy is called Mycobacterium leprae. It is a bacterium with an affinity for the peripheral nerves and skin. Therefore, this bacterium causes the disease by damaging the nerves. Multidrug therapy has helped reduce the risk of infection, but new cases still occur in endemic areas.

Understand how to Choose a Dentist